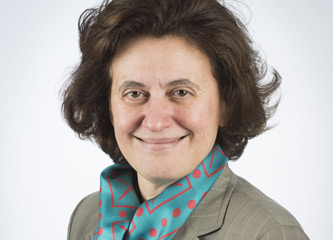 Despina-Ino Afentouli currently serves as Program Manager, NATO Public Division. Her portfolio includes strategic engagement with Greece, Italy, Portugal and Spain as well as the Eastern partner countries. She is also part of the team on NATO2030, the flagship project launched by the Secretary General. Her main tasks include the elaboration and implementation of the organization’s communication strategy towards the areas under her responsibility (public diplomacy activities/campaigns, high level meetings, capacity building towards implementing reforms, networking with civil society organisations and monitoring public opinion trends.

Before joining NATO, from 1986 to 2001, D.I. Afentouli had extensive experience as Foreign and European Affairs editor working for leading media outlets such as Kathimerini (Daily), the Athens News Agency, STAR TV, SKY Radio and the Economist Intelligence Unit. She was an active member of the European Association of Journalists and served as Secretary General of the European Network of Women Journalists (1994-98).

D.I Afentouli studied Law at Athens University (BA) and earned an MA degree in Political Communication at the University of Paris-I (Sorbonne).

She is the author of four books (“A journey in Greek foreign policy”, Athens, Potamos, 2005/“EMU: The day after”, Athens, Dromeas, 1999/ “The Europe we want”, Athens, I. Sideris, 1997/“May ’68: Twenty years after”, Athens, Odysseas, 1988) and of numerous articles on international relations, foreign policy, the media environment and public diplomacy.