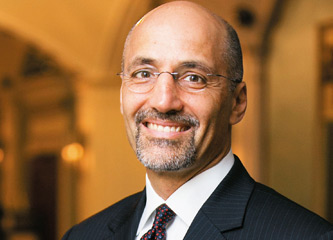 William Antholis is director and CEO of the Miller Center, a nonpartisan affiliate of the University of Virginia that specializes in presidential scholarship, public policy, and political history. Since 2015, under Dr. Antholis’ leadership, the Miller Center has focused on its role as the leading research institution that studies the American presidency. The Center has undertaken a series of research projects and public events focusing on the history of the executive branch—and the role of the president in domestic and foreign policy, and in engaging with the American people. These have included the First Year Project, which looked at the nature of presidential transitions and first years in office; the Presidency at a Crossroads research agenda; and the Presidential Ideas Festival (May 21–23, 2019), a three-day gathering at the University of Virginia, exploring various dimensions of the executive branch. From 2004 to 2014, he was managing director at the Brookings Institution. He has also served in government, including at the White House’s National Security Council and National Economic Council, and at the State Department’s policy planning staff and bureau of economic affairs. He has published two books, as well as dozens of articles, book chapters, and opinion pieces on U.S. politics, U.S. foreign policy, international organizations, the G8, climate change, and trade. He earned his Ph.D. from Yale University in politics (1993) and his B.A. from the University of Virginia in government and foreign affairs (1986).