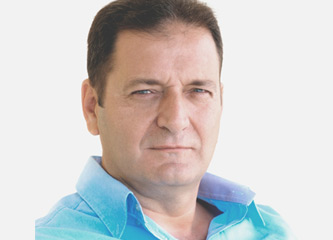 Konstantinos Apostolou was born in 1956. He holds a Degree in Economics and another in Law, both from the Aristotle University of Thessaloniki.

He has been the President of the Greek Canners’ Association – E.K.E. from the day it was established, in May 1995. He has also been President of Board and CEO of DELCOF S.A., the cluster of the Greek Fruit Canning Industries.

He has been 3rd vice-president of the Federation of Industries of Greece, since 1996. He has also been President and Vice-President of PROFEL (European Association of Fruit and Vegetable Processors). He is currently chairing the Fruit Group of this Association.

Since 2019, he is also Deputy President of the National Interbranch Organization of Stone Fruits.