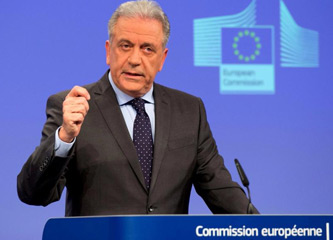 Dimitris Avramopoulos is a Greek politician and diplomat whose career in public service spans four decades.

He was the European Commissioner for Migration, Home Affairs and Citizenship from 2014 until 2019.

He is married to Vivian and is father of two sons, Filippos & Iason.