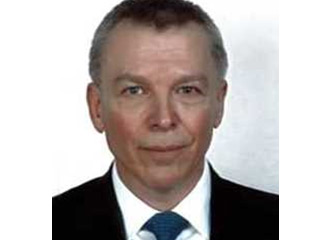 Mr. Bernyck holds a Master of Arts degree, Institute of European, Russian and Eurasian Studies, Carleton University, Ottawa, and a Bachelor of Arts degree in Political Science, from McMaster University, Hamilton, Canada. He began his professional career in 1990 as a researcher at the Canadian Institute for International Peace and Security, and in 1992, he was recruited to the Department of Foreign Affairs. In 1995, Mr. Bernyck joined the Canadian International Development Agency. Over 25 years, Mr. Bernyck has worked on regional programming in Russia and Ukraine, and in Central Asia, including oil and gas, and agriculture sectors in Kazakhstan, and on integrated rural development, in Tajikistan. In Asia, Mr. Bernyck served in Bangkok, Thailand, where he was also accredited to Lao PDR and Cambodia. Moving to the China program, Mr. Bernyck served as a Senior Political Officer and Sr. Planner for governance programs, in China. In the Middle East, he led teams on security systems programming in the West Bank and Gaza. In the Caribbean region, Mr. Bernyck served as Deputy Director for the Haiti Program, managing a significant portfolio in health and education sectors. He supervised teams on major infrastructure projects following the catastrophic earthquake of January 2010, and oversaw the provision of humanitarian and technical assistance. In 2015, Mr. Bernyck was assigned to the High Commission, Kingston Jamaica, as Head of Development Cooperation, and Deputy Director, Caribbean Regional Program. He managed Governance programs across the region, leading teams on legal-judicial reform, and macro/structural reforms with various Central Banks and Ministries of Finance. In October 2020, Mr. Bernyck began his current assignment as Counsellor Political Affairs, Canadian Embassy to the Hellenic Republic, and is also accredited to Cyprus. Mr. Bernyck is married and has four children.