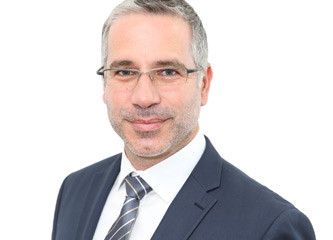 Mr. Christodoulides worked for 6.5 years at the Cyprus Stock Exchange, initially as Officer in the Listing and Continuous Obligations Department and subsequently as Head of the Internal Audit Department. During his CSE employment, he delivered and participated in several seminars and conferences on Corporate Governance.

From April 2014 to February 2016 he held a post as an independent non-executive member of the Board of Directors of a bank, Periferiaki SPE of Nicosia, serving as Chairman of the Audit and Risk Committees.

From December 2006 until today, Mr. Christodoulides is the Group CFO of Latomia Pharmakas Plc. The Group comprises of a diverse portfolio of companies / businesses, located in Cyprus, Oman and Iraq.

From June 2015 he has been serving on the board of the Cyprus Stock Exchange, initially as Vice-Chairman until May 2018, when Mr. Christodoulides was appointed by the Council of Ministers, as Chairman of the CSE’s Council.