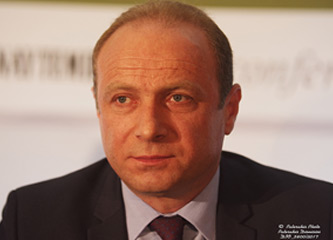 President of ” APSI- PINDOS ” since 2012. Vice President of the Board of Directors and of the Management Committee of the Federation of Industries of Greece (S.B.E.), Vice President of the National Interprofessional Poultry Organisations of Greece (EDOPt). Member of the Board of Directors of the National Union of Agricultural Cooperatives of Greece (ETH.E.A.S.), Member of the Panhellenic Association of Poultry Breeding and Producing Organisations, Poultry Farmer and Member of “APSI-PINDOS” since 1996, President of AGROZOI SA (subsidiary of “APSI-PINDOS”) from 2004 to 2008. Graduate of the Aristotle University of Thessaloniki.