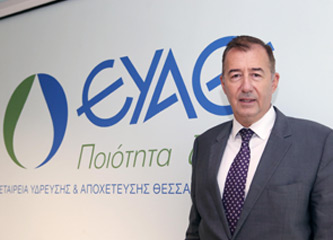 Narkissos (Nassos) Georgiadis has served for more than 20 years as Chairman, CEO and Board Member of multinational and listed groups in Greece, Germany and Italy with turnovers from € 20 million to € 4.2 billion.

From 1998 to 2007 he served as President & CEO of German multinational Daimler’s subsidiaries in Greece and Italy and from 2008 to 2016 initially Deputy and then Chief Executive Officer of the listed textiles group Hellenic Fabrics.

Since 2016 he has been working as a consultant for the restructuring and development of large international groups as well as governments in Europe, Asia and Africa, while in recent months he has been responsible for coordinating the restructuring project of Folli Follie Group, in which he served also as Deputy CEO after the crisis which the group confronted. Ιn 2019 undertook the CEO Position at the Thessaloniki Water Supply & Sewerage Company S.A.- EYATH S.A. in order to implement €180M. 5-year investment plan and transform the company from a government controlled to a modern managed, publicly listed one.

He holds a Bachelor’s degree in Economics from the University of Pittsburgh, USA (1982) and a Master of Business Administration (MBA) with scholarship from Manchester Business School (1990).  He is also an Accredited Civil & Commercial Mediator of the Ministry of  Justice and a Certified Negotiator.