Deputy Minister of Interior, Macedonia and Thrace of the Hellenic Republic 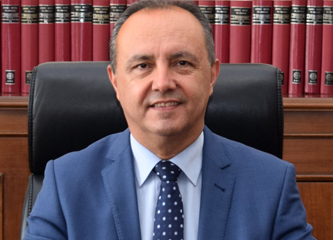 Deputy Minister of Interior, Macedonia and Thrace of the Hellenic Republic

Theodoros Karaoglou was born in Zagliveri Thessaloniki in 1960. He is married to economist Panagiota Mantanika and has a son and a daughter. He is an economist, employee of the Civil Tax Service by profession. He has studied Business Administration at the Graduate School of Industrial Studies in Thessaloniki and speaks English as a foreign language.