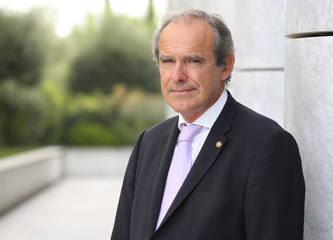 He studied Economics at the Department of Economics in Athens University and continued his studies for an MSc (Econ) at Queen Mary College of London.