British Ambassador to the Hellenic Republic 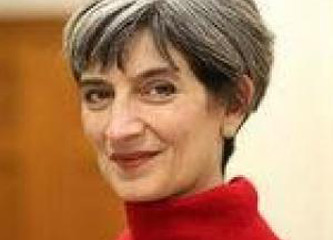 British Ambassador to the Hellenic Republic

Smith joined the Foreign and Commonwealth Office in 1987, serving in Lusaka and then in London in the Central African Department. She then did a tour in Athens in 1991, and then in the Counter-Proliferation Department focusing on Chemical and Biological Weapons. Later she served at the UN in New York and on security postings in London before becoming Deputy Head of Mission at the British Embassy in Tehran from 2005–2007. She was appointed a Companion of the Order of St Michael and St George (CMG) in the New Year’s Honours for 2008.

On return from Tehran, Smith was seconded to Royal Dutch Shell where she served as international adviser from 2008 and then head of UK governmental relations from 2009 until 2012. She returned to the FCO as Director of the Americas. In 2017 she succeeded John Kittmer as Her Majesty’s Ambassador to the Hellenic Republic.