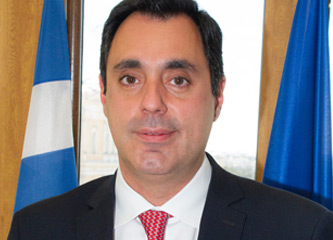 Ioannis Smyrlis is a political scientist, graduate of the Department of Political Sciences and Public Administration with a Postgraduate Diploma in International and European Relations from the University of Athens (EKPA).

He served as Secretary of International and EU Relations of Nea Demokratia Party and a Member of the Political Bureau of the European People’s Party (EPP) in 2013-2019. During that time, he cultivated personal relationships with major stakeholders in Brussels and other European capitals.

He has been a freelancer since 2009 in activities related to catering, trade and import-export.