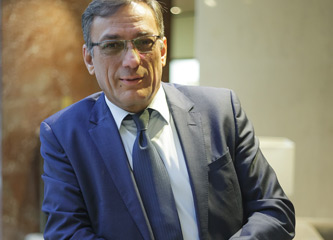 He has been with Cisco since January 1998, where initially joined as an Account Manager for Enterprise and Public Sector and has held management positions for the Enterprise, Public Sector and Service Provider teams since 2001. Before joining Cisco, Antonis Tsiboukis worked for Algosystems S.A., a major Greek Systems Integrator, managing the Enterprise and Service Provider business for the company since 1994.

Antonis Tsiboukis is a graduate of an Electrical & Electronic Engineering Bachelor’s Degree and holds an MSc Degree in Microelectronics and Information Engineering by Liverpool John Moores University in the UK.