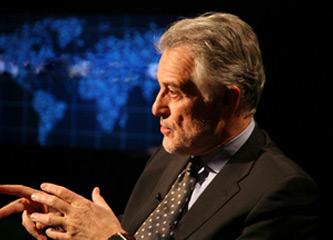 He is now Emeritus Professor of the University of Athens, Professor at the Paris School of International Affairs (Sciences Po) and Visiting Professor at the College of Europe Bruges. He is also President of the Hellenic Foundation for European and Foreign Policy (ELIAMEP).

His books include several editions of The New European Economy and What Kind of Europe? translated in many languages. His latest book In Defence of Europe: Can the European Project Be Saved? was published in 2016 by Oxford University Press.

He has received the Légion d’honneur of the French Republic for his contribution to European integration, as well as various academic distinctions and awards.