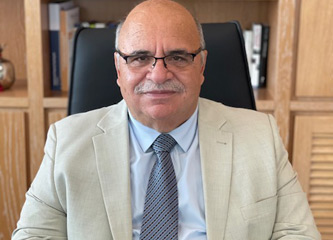 Pantelis was born at Heraklion Crete.

He studied Business Administration at the University of Piraeus and Computer Science at Brooklyn College, in New York.

He founded FORTHnet SA 1995, as he undertook the conversion of Forthnet from a research activity ( Foundation for Research and Technology – Hellas (FORTH)) to a company in 1990, attracting investment capital from Greece and abroad. He held the position of CEO at Forthnet until end of 2010. Forthnet SA from a startup in 5 years (2000) become a listed company in the main market of the Athens stock exchange. Pantelis was member of the original team interconnecting Greece to Internet and also he was founding member of Hellas list.

For the period 2006 – 2009, he was a Member of the Supervisory Board of NETIA SA, the largest alternative telecommunications operator in Poland.

From 2008 to 2010 he was the Chairman and CEO of NOVA (acquired by Forthent), the first digital, satellite pay-tv platform in Greece.

From 2007 to 2011 he was the Chairman of the Board of SEPE (Federation of Hellenic ICT Enterprises).

In January 2011, he join the government as Prime Minister’s senior Consular for ICT and Chairman of the Govermental IT & Communications Committee, while from June 2011 until May 2012 he served as Deputy Minister of Egov in the Ministry of Administrative Reform and e-Governance.

June 2021 he is Member of the board Athex Stock Exchange

November 2019- today he is Executive Vice Chairman of the Hellenic Development Bank.