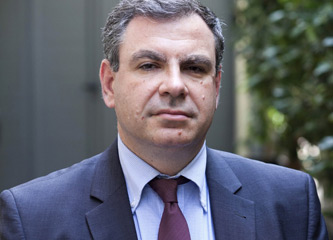 Nikos Vettas is the General Director of the Foundation for Economic and Industrial Research since 2013 and Professor of Economics at the Athens University of Economics and Business since 2003, where he has also served as Chairman of the Economics Department and member of the University Council. He holds a PhD from the University of Pennsylvania and has been an Associate Professor at Duke University and a visiting Professor at INSEAD. He serves as Associate Editor of the International Journal of Industrial Organization, a Research Fellow at CEPR, UK, and a member of the Executive Committee of the European Association for Research in Industrial Economics. He has served as an Associate Editor of the Journal of the European Economic Association and the Journal of Industrial Economics, a member of the Hellenic Competition Commission and the Economic Advisory Group for Competition Policy at the European Commission. He is a co-organizer of the annual Conference for Research on Economic Theory and Econometrics. His research has been published in leading journals such as the International Economic Review, European Economic Review, Rand Journal of Economics, and the Review of Economic Studies. He is a co-editor of Beyond Austerity: Reforming the Greek Economy (MIT Press, 2017) and the Vice-Chairman of the Growth Plan Committee of the Hellenic Republic for the Greek Economy, 2020.