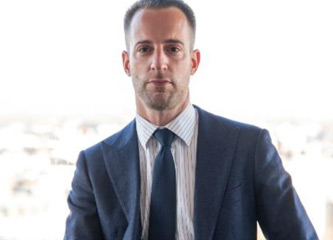 Matej Zakonjšek is an experienced government and private-sector leader dedicated to supporting integration of Western Balkans’ transport markets into the European Union.
Mr Zakonjšek started his career by joining the Slovenian government as a diplomatic attaché at the permanent representation of Slovenia to the European Union, working on enlargement process of the EU. During the Slovenian Presidency of the Council of the European Union in 2018 his focus was European Union’s relations with Asia and Oceania, including 27 countries and 6 regional organisations in the region.
He continued his career at the Embassy of Slovenia in London dealing with economic and trade cooperation between United Kingdom and Slovenia. During this time, Mr Zakonjšek also assisted the representative of Slovenia to the International Maritime Organisation.
His private sector engagement began in 2011 when he became General Manager for the Indian multinational CKGS, first based in London where he oversaw Europen region, and later in Dubai, United Arab Emirates where he was in charge of markets of Middle East and North Africa.
In 2014, Mr Zakonjšek returned to Slovenia where he joined the Cabinet of Prime Minister Mr Miro Cerar as Foreign Trade and Cooperation Advisor.
A year later, he was appointed as the Head of Cabinet of the EU Commissioner for Transport, where he was leading and organising the cabinet by assisting the Commissioner in the formulation, communication, and implementation of the EU transport policy.
After joining the European Commission’s Directorate for Mobility and Transport in December 2019, Mr Zakonjšek focused on EU’s transport relations with countries of the Western Balkans.
After positive opinion of Ministerial Council of the Transport Community Mr Zakonjsek was appointed as the first Director of Transport Community on 6 July 2020.