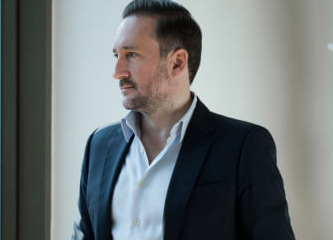 Yiannis Zampoukis, son of Konstantinos and Christina, was born in Alexandroupolis.

In 1996 he graduated from the Law School of Komotini.

He is a Lawyer in the Supreme Court and in the Council of State and recently elected Mayor of Alexandroupolis.

Prior to his involvement in politics and his election, in his first and only attempt, he was active professionally with more than twenty years of experience in active law, both in Alexandroupolis and throughout Greece.

He has postgraduate training in Medical Mediation at DUTH and holds a postgraduate degree in Bioethics (MSc bioethics) also from DUTH.

He also participated as a member of the coordinating committee of the Ministry of Justice for the promotion of mediation (ministerial decision 172 / 15-1-2014, Government Gazette 79/2014) and as chairman of the prefectural committee for the settlement of commercial leases of law 4013/2011 from 2012 to in 2018.

He was President of the Alexandroupolis Bar Association from March 2014 to 2019.

In June 2019, he was elected Mayor of Alexandroupolis with the Municipal faction “Municipality for all – First you”.

His favorite motto is “We design with a focus on man”.