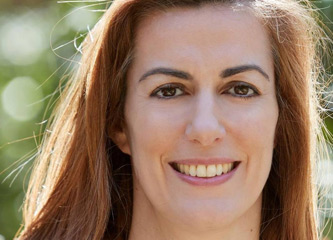 May Zanni is a political scientist currently working as a Special Advisor at the Secretariat of the Prime Minister of the Hellenic Republic. She is the President and Co-founder of Women Act, a Greek NGO on empowering women in leadership positions in the public sphere.  May was born in Athens, Greece and then moved to the United Kingdom where she obtained her BA in History and Politics from Queen Mary College, University of London, her MSc in European Politics from Birkbeck College, University of London and her MSc in Politics of Empire and Post-Imperialism from the London School of Economics. She has interned at the House of Commons in London, the European Parliament in Brussels and UNESCO in Paris.  May worked in Brussels for the Trans European Policy Studies Association (TEPSA) and in Paris for the International Chamber of Commerce (ICC). Upon her return to Greece she was employed as an advisor to the Minister for Justice, to the Minister of Foreign Affairs and then worked as a political analyst in the private sector. May was the Deputy International Secretary of New Democracy from 2011-2016 and since then is the Deputy Secretary of Strategic Planning & Communication of New Democracy. In 2011 she represented Greece at the State Department IVLP program “Women in Public Service”. In 2012 she completed the Harvard John F Kennedy School of Government program “Public Leaders in Southeast Europe” in Istanbul, Turkey.  She has one daughter, Olympia.