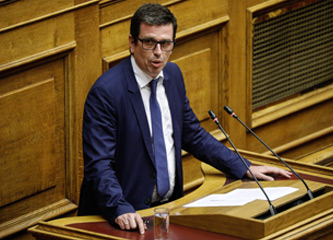 Dimitris Kairidis is a member of the Greek Parliament, representing Athens-North for the center-right party of New Democracy. He is Vice Chairman of the Committee on Legal Affairs and Human Rights of the Parliamentary Assembly of the Council of Europe and Member of the delegation of the Hellenic Parliament to the Conference on the Future of Europe Plenary. He is a Professor of International Politics at Panteion University of Athens and the Founding Director of the Navarino Network in Thessaloniki. He has taught at many universities in Greece and abroad and is a regular TV political commentator. He has published extensively on international politics, including books on nationalism and ethnic conflict, US foreign policy and Greek-Turkish relations.