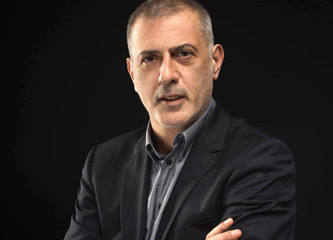 Ioannis Moralis was born in 1968 and studied Economics at the University of Piraeus. He is the son of the late Petros Moralis, who served as Minister of Education. He was always interested in public affairs and politics, without ever joining a political party.

He began his career at the age of 22.  He worked as a Sports Marketing and Communications consultant. The past 30 years, he worked for OLYMPIACOS F.C., assuming top executive positions of great responsibility within the company’s hierarchy. In 2011 he became the Vice President and General Manager of OLYMPIACOS F.C., a year later he was elected Chairman of the Greek Football Clubs League “Super League” and from 2017 until early 2021 he served as President of OLYMPIACOS FC. Today he is Vice-President of the club.

He is married to Valia Kiriazis and they have two children, Petros and Yolanda.