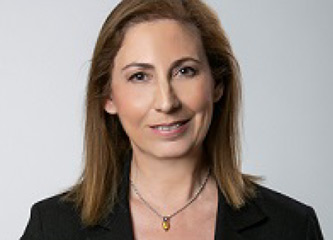 Marilisa Xenogiannakopoulou has served as Minister of Administrative Reconstruction (2018 – 2019) in the government of Alexis Tsipras. She was elected Member of the Greek Parliament for the B1’North Sector of Athens Parliamentary Constituency with SYRIZA at the recent general elections and has been Parliamentary Spokesperson (2019-2020).