General Secretary of Transport - Ministry of Infrastructure and Transport 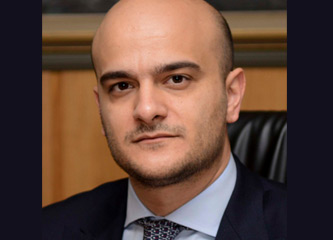 General Secretary of Transport - Ministry of Infrastructure and Transport

Ioannis Xifaras took on the duties as the Secretary General of Transport in the Ministry of Infrastructure and Transport on March 2021.

He is a licensed engineer, graduate of the Electrical and Computer Engineering School of the Democritus University of Thrace. He has a master’s degree in Business Administration (MBA-international) from the Athens University of Economics and Business and a Master of Science in Computer, Telecommunications and Networks from the University of Thessaly.

He has extensive professional experience in projects of Infrastructure and Transport, Energy projects and Specialized Electromechanical Systems as well as in Infrastructure of Smart Applications. As the technical consultant of ERGOSE, he contributed in the implementation of complicated co-financed projects and the design, tendering and projects’ management of new railway projects, with emphasis in electromobility and signaling systems. He has worked as a Project Manager in Transport, Energy and Smart Infrastructures Projects in Intrakat, where he dealt with the upgrade of the 14 regional airports of Fraport, the installation, operation and maintenance of renewable energy projects, the installation of monitoring stations throughout the Natural Gas Transmission System and the installation and operation of the smart parking system of Thessaloniki central district. Furthermore, he has been the supervisor engineer in many construction projects for the National Power Transmission Operator, including the first phase of Cyclades interconnection with the Greek mainland.

He has been a Scientific Associate of the National Center for Research and Technology (CERTH) and has collaborated with the University of Thessaly for teaching the course of “Technical and Electrical Design”.