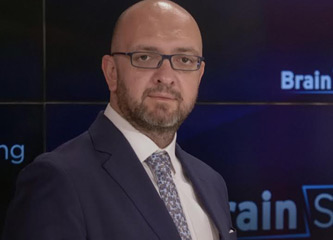 Stamatis Zacharos is a journalist hosting the weekly TV show “Brainstorming” in Athens TV station Action24. He also works as a columnist in Athens Voice newspaper and Parapolitika newspaper and as a commentator at Parapolitika radio station. He has more than 20 years of experience in journalism and he has worked for most eminent and influential greek media. Amongst them Mega Channel, Vima Newspaper, Proto Thema Newspaper, capital.gr, Kefalaio Newspaper, 24Media, Athens 98,4 Radio Station and euro2day.gr.